skip to main | skip to sidebar


In the meantime, the price per square meter has risen on the island of Bunaken and continues to rise.
(currently: about 25 €) Nevertheless, the property with access to the sea is now available at a special price of ...

(urgent sale due to emigration).
More information under http://www.bunaken-klaus.com/index.htm
Posted by Papa Klaus at 5:59 AM No comments:

My Property on Bunaken for Sale

For age reasons I offer our property on Bunaken for sale.
It is suitable for the construction of a (Diving) Resort, as well as for private purposes.
You find further details on my web page under: http://www.bunaken-klaus.com/property_e.htm
Posted by Papa Klaus at 1:20 AM No comments: 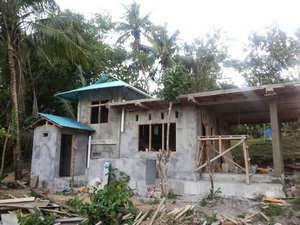 Since until now the Dive Center was a bit improvised housed in an adjacent building, a new building is erected near the beach now. It is expected to be completed in a few weeks.

As I have just been reported, 10 complet dive sets for rent and different sizes shoes, fins, wetsuits, dive-torches and also a professional oxigine set are now available.
You can find my report about the dive resort with many fotos under http://bunaken-klaus.de (updated 2013) and http://bunaken-klaus.com

Posted by Papa Klaus at 7:23 AM No comments:

Questions about the circumstances of Lee's death

The visitors of my website often ask me for advice, which dive resort on Bunaken I would recommend. An important aspect for them is most of the time the safety. So, if the rumor about Lee's death should prove to be true, I must warn every dive guest to look very thoroughly at the safety standards of their contemplable dive resort.

The accident of Lee happened, as far as we know now, when he dived with a guest of M.C. Dive Bunaken, a Dive Resort near the village of Bunaken. There is a rumor on the Island about the cause of the accident. But I didn't trust it that much. So I wrote two emails to this resort requesting for information. Until today I didn't receive any reply.
Since accidents in many cases happen because of  unfortunate series of events, I wrote to the management of the resort the following email:

"...There is a rumour on Bunaken, that Lee dived with a guest and he has got a tank only half filled. When he got out of breath, he got into panic and rose to the surface holding his breath. This caused a pulmonary barotrauma.
Before I publish an unverified rumor, I want to give you the opportunity ... to describe the situation and answer the following questions:

1. Did Lee dive as a guest or as a dive guide of MC?
2. Has Lee got a diver's licence?
3. Is the course of the accident, like described, correct?
4. Have first aid measures been performed?..."

If you as the dive buddy of Lee read this lines, please write me about the circumstances of this accident, how you experienced it. You may help to avoid the death of further divers.
As a comment or as email: papa(at)bunaken-klaus.de

Best regards
Papa Klaus
Posted by Papa Klaus at 12:16 AM No comments:

The very much known and because of its low prices with individual travellers popular Resort PANORAMA COTTAGES has taken over the facility of the former SULAWESI DIVE QUEST, which was unused for many years. The bungalows have been repaired and are now available as PANORAMA 2. This lodging lies in direct neighborhood of the BUNAKEN ILAND RESORT and is preferred above all by divers who want to stay cheap, but nevertheless want to dive or learn diving in an excellent dive centre. Anyone interested contact the German dive instructor Sven at the email address jesuka(at)gmx.de.
Posted by Papa Klaus at 10:01 AM 1 comment:

BANGKA: Mining of ore stopped for the moment


The German Freundeskreis Lembeh - Pulisan - Bangka e.V.  calls it a "victory ... for the environment and for the conservation of the marine treasures of Bangka island" and a "victory of justice and law“,  that on Bangka no ore may be mined.
Read the detailled report about the verdict of the The High Administrative Court Makassar dated 01 March 2013.

Best regards
Papa Klaus
Posted by Papa Klaus at 1:48 AM No comments: 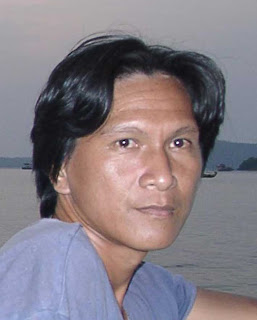 Yesterday I received the sad news that Lee has really had a fatal diving accident. With him we have lost a dear friend on Bunaken.
I got to know him in 2001 during my first Bunaken vacation when he supported me to find a cottage in a small Homestay on the island. Sympathy and confidence led to the fact that he had become a reliable companion to my wife and me during the coming weeks, then also during the following years. He assisted us in communicating with the local authorities and showed us as a tour guide the nicest places of interest in Nord-Sulawesi. In the course of the years we also got to know his family and were staying in his house many times.
At last we met in 2011. At this time we still had no notion that Lee had a diver's licence or planned to do one. Thus, it is beyond our understanding that he should have died during diving. Hence, there are many questions unansered .
At the moment, however, for my family and me, but also for many who know Lee as a tour guide and hold him in high regard, the grief over a dear person is in the forefront of thinking. We express our heartfelt condolences to his wife Selvie and his both boys.
This verse of the Bible may give consolation to the family as religious Christians:


I am the resurrection and the life. Whoever believes in me, though he die, yet shall he live